There is no reason that foreign brands who want to utilize their own online store, instead of marketplaces like Amazon Japan or Rakuten, shouldn’t be able to succeed in the Japanese ecommerce market. However, selling directly to Japanese customers does pose a number of challenges for non-Japanese who lack the depth of knowledge—about both the market and consumers—that domestic companies enjoy.

Why You Should Sell in Japan

Why sell in Japan? In addition to being the fourth largest ecommerce market in the world Japanese consumers possess sophisticated tastes and are enthusiastic spenders when it comes to their hobbies and interests. This presents opportunities for brands in all industries from fashion apparel to electronics, and everything else in between.

For medium-sized companies contemplating expanding their ecommerce operations into an international market for the first time, Japan is one of the most popular countries. Companies who have not established a relationship with local vendors or distributors can additionally look forward to the higher margins that come with selling directly to the customer, on top of the potential for increased revenue from abroad. Unfortunately, too many foreign companies simply enter the Japanese ecommerce market with these thoughts alone and fail to recognize just how difficult of an endeavor it can be to sell in a new market.

For those looking to build a truly solid foundation for their entry into Japan we’ve highlighted 7 tips that are critical to success in the Japanese ecommerce market.

7 Tips for Success in the Japanese Ecommerce Market

Working with professionals who possess market expertise and can provide you with understanding on the Japanese market is so crucial for foreign brands that it earned the top spot on this list. Every company will have their own unique situation, but all companies doing business in Japan need to know how the game works. This doesn’t simply mean being aware of the relevant laws and regulations, but also realizing how businesses do things locally and what you need to do to actually compete with them. Things like knowing who your competitors are and how to position your brand are just the tip of the iceberg.

Doing market research on your own is a start, but even that can only take you so far, as much of the most relevant and up-to-date information on the Japanese market rarely gets translated into English. Furthermore, there also exists a seemingly endless amount of unwritten and unspoken rules that everyone is just expected to know. Naturally, this often trips up non-Japanese brands. That’s why even if you do your homework and avoid rushing into things headfirst, finding a local partner or agency that can help guide you through the ins and outs of the Japanese market is essential.

The Japanese are extremely sensitive to language errors or non-native sounding usage. When something seems even slightly off in your marketing communications, whether it be on your site or in an advertisement, your brand can lose out on potential customers.

With less than 1% of Japanese people being able to speak English, and the majority being monolingual, it is imperative that every touchpoint customers interact with be in flawless Japanese. But not only that, it’s also important that any content or messaging is well-written and will resonate with Japanese customers.

Especially if you are an English-speaking company operating primarily in western markets, you may take for granted the relative ease with which your content can be translated into European languages—thanks to linguistic similarities and a shared cultural heritage. When dealing with an unrelated language such as Japanese, however, entire passages or ideas may need to be rephrased because a literal translation will sound awkward and unnatural, even if the grammar itself is correct. In the vast majority of failed attempts at Japanese ecommerce market entry that we have seen, there is an unacceptable amount of grammatical errors and strange-sounding Japanese that is the result of low-quality translations. In other words, what may not be obvious to you, is glaringly obvious to your Japanese customer.

In our experience, any brand serious about entering the Japanese market will need a Japanese-designed website in order to successfully do business here. Many foreign companies and brands think they will just translate their existing site into Japanese and be on their way to start accepting and shipping orders. Unfortunately, that’s not usually what happens. Instead, your site will languish with lackluster traffic and poor conversions that fail to recoup your investment.

What this all boils down to is that UI/UX preferences are markedly different between Japanese and Western consumers. Without strong, practical knowledge of UI/UX for Japanese customers, your brand will not be able to compete with homegrown competitors in this market. That is why designing your ecommerce site specifically to appeal to a Japanese audience is one of the keys to succeeding in ecommerce in Japan.

Every year we come across unknown (to Japanese consumers) brands who try to get around this requirement, and every year we see these same brands unceremoniously exit the market.

For any business, it is a significant investment to potentially rebuild an entire site, but unlike a straight translation of your website, originally made for a non-Japanese audience, it is one that will actually pay off. If your brand is looking for real success in the Japanese ecommerce market with your own online store, a Japanese-designed site is a must.

Establishing customer trust is extremely important for doing business in Japan. Japanese people rank among the highest for their distrust in institutions and this makes it hard to win over Japanese consumers.

The Japanese are not known for being adventurous in general, and are apprehensive towards anything new and foreign to them. Furthermore, as a non-Japanese brand you have to work even harder to win over the trust of Japanese customers, because you also are dealing with a lack of language abilities and cultural expertise that your Japanese competitors do not have to deal with.

Pay Attention to the Details

When it comes to online shopping, while you may not have to worry about the in-store experience of a brick-and-mortar store, the customer experience does not end with your website. The packaging and presentation of your product that customers first see when they open their package is also highly important with ecommerce in Japan.

Although much attention as of late is being given to Japan’s overuse of plastics—with the practice of having individually wrapped items within yet other, multiple layers of plastic coming under particular fire—this practice didn’t come about from nowhere. Japanese customers have shown a noted preference for the presentation of items they purchase and gift to others, and this is most likely not going to change anytime soon. Japanese brands know this, which is why they put a lot of time and energy into packaging design. This is why your brand’s overall presentation and packaging should also be given careful consideration and until there is a marked change in Japanese consumer behavior this expectation of quality will continue to hold true when selling in Japan.

It’s often said that fast delivery times are expected in Japan, but this is only half-truth. By default Japan’s size, compared to vast countries such as the US, allows for more speedy delivery, but contrary to what some people claim, same-day or next-day delivery is still far from the norm.

While the popularity of Amazon Prime in Japan shows that Japanese consumers are willing to pay for expedited shipping (on top of receiving other benefits that sweetens its value proposition), if your business cannot offer shipping speeds that rival Japan-based companies, for whatever reason, clearly spelling things out for your customers can go a long way towards mitigating any complaints that might arise. Although fast or free shipping can absolutely influence purchasing behavior, neither of these things are required or expected in the Japanese ecommerce market, so please do not let these concerns deter you from exploring the possibility of selling to Japanese customers from abroad, as they are mostly unfounded.

Have a Robust Strategy

Things like knowing which digital marketing channels you will use to reach your target customers at all stages of their customer journey, building campaigns that resonate with Japanese consumers, creating the kind of content that is valuable and relevant for your audience. All of these variables need to be considered and a strategy put in place which addresses them within the Japanese context.

The above 7 tips are applicable to all industries and those brands that are able to follow them stand a far greater chance of success in the Japanese ecommerce market than those who don’t.

Looking to enter the Japanese ecommerce market and start selling to Japanese customers? Contact us to learn how we can help. 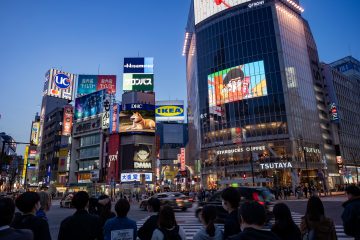 Growing Your Ecommerce Business in Japan in 2022

The key to growing your ecommerce business in Japan is strategy. Strategy is where it all starts and is responsible for informing all aspects of your marketing activities including your communications, creatives, as well as Read more… 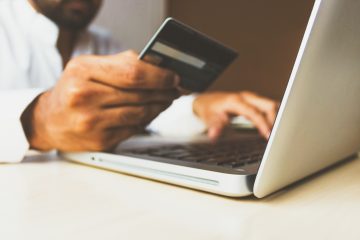 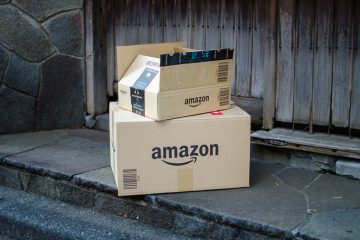 Amazon is the most popular ecommerce platform in Japan and the third largest Amazon market, in terms of sales volume, after the US and Germany. Given these facts alone Amazon Japan represents a big opportunity Read more…