The most recent update to Apple’s mobile operating system, iOS 14, will have a significant impact on advertiser’s social media marketing in Japan.

In this article we discuss the biggest changes brought about by iOS 14 and the challenges marketers in Japan now face as a result.

While, a new iOS from Apple may not normally seem like a big deal to the average iPhone user—beyond the introduction of a novel feature or two—and even less so to businesses, this time around the newest iOS (iOS 14.5 to be more specific) also has major implications for advertisers, especially those who rely heavily on Facebook and Instagram ads to promote their business, product, or service. 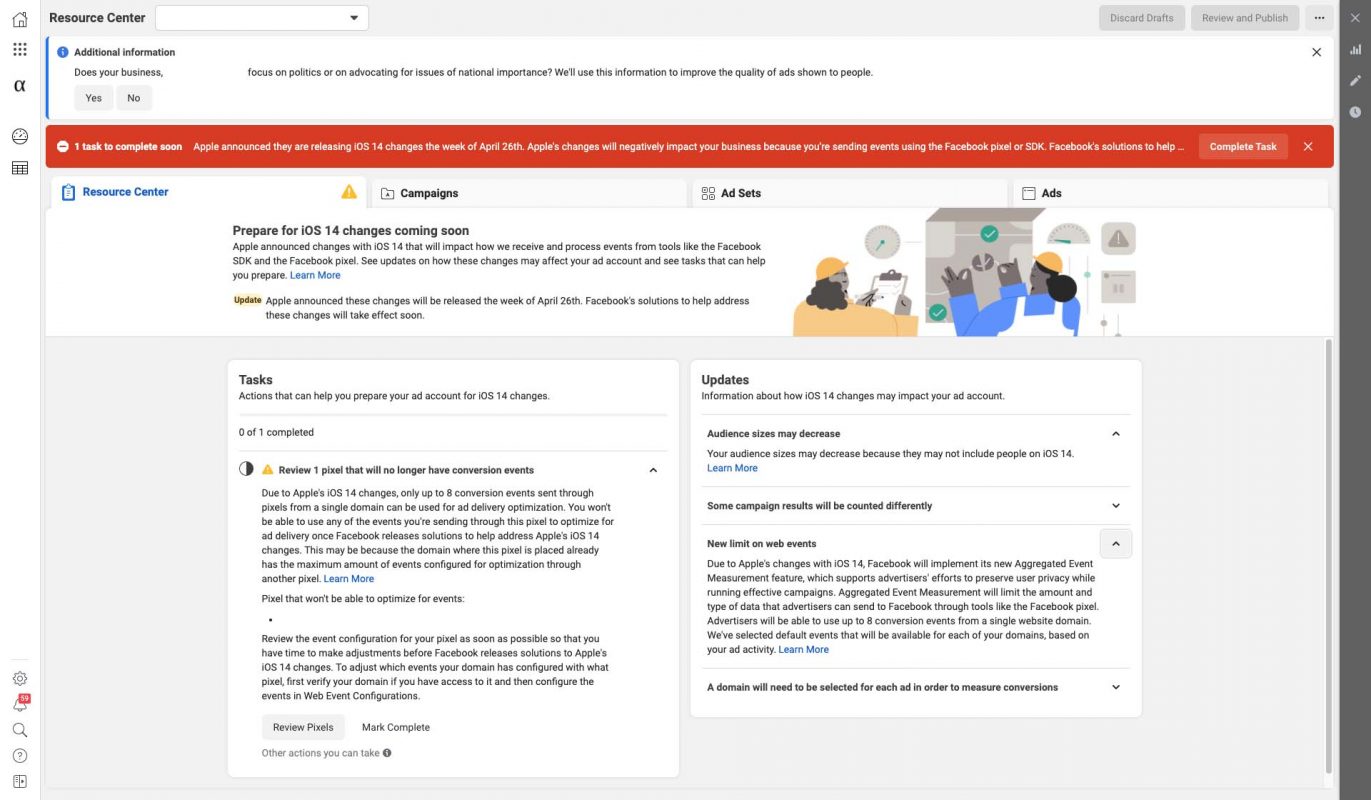 But Facebook has actually been preparing advertisers and users of its ad platform for this update (whose release was delayed) for over a year. In fact, Facebook had already made some significant changes to the attribution window, or the period of time that passes after an ad click in which a given ad will receive credit for the sale or conversion; previously it was 28 days, but it got shortened to 7 days.

However, that change was more a topic of interest for people doing performance marketing and optimization, as it could potentially make Facebook ads look less effective.

With the new iOS, on the other hand, anyone using social media advertising to promote their business now face more far-reaching changes to the Facebook ad platform.

– Advertisers can only optimize their accounts for up to 8 events.

– From iOS 14.5 onwards, demographic and placement breakdowns will not be available for website conversions.

– Finally, as a result of iOS 14.5 Facebook app users (and iOS app users in general) will now be shown a prompt asking for consent to the use of data for various purposes, one of which is advertising.

While the first item may be manageable for some advertisers, the second and last points are huge for any advertiser or business that uses social media marketing in Japan.

Many advertisers had built their entire account structure and strategy on demographic and specific performance data, and without this kind of detail, it will become far more difficult to implement and carry out such granular strategies.

Meanwhile, the prompt on apps asking for consent to advertise is a massive blow for Facebook as up until now they have been heavily reliant on third-party cookies to provide advertisers with the kind of performance that made the platform so appealing as a channel for promotion. Now, without explicit consent from iPhone users who have opted in, Facebook cannot use third-party data from other apps on users’ phones which limits their ability to track users.

Why is this a challenge?

There’s no two ways around this, reporting and analysis using data from Facebook is going to be less straightforward and retargeting will be more challenging on the platform. Opt-in rates for the new app prompts asking, “Allow [insert app name] to track your activity across other companies’ apps and websites?” are expected to be low. Performance will likely drop for many advertisers, particularly those without a robust marketing strategy in place.

Furthermore, for non-Japanese businesses doing business in Japan who already must contend with the language barrier and having less knowledge into Japanese consumers than their domestic competition, the lack of demographic and performance data is going to be a significant hurdle moving forward.

Japanese businesses here in the domestic market, will also struggle, but they are in a much better position than most overseas-headquartered competitors as they have a solid foundation and understanding of the market on which they can fall back on.

Essentially, the data that Facebook possesses combined with the data provided by apps to the Facebook ad platform, enabled many advertisers to compensate for weaknesses and shortcomings in other areas by excelling in the execution and delivery of digital ads. However, as already mentioned, this all came at the expense of users’ privacy; there was very little transparency about how data was being shared and what data was being collected in the first place.

What you can do

When it comes to the Facebook advertising platform itself, Facebook has provided some basic guidance for advertisers and not much else.

Specific instructions will vary depending on your individual account, but for the moment, following the guidance provided by Facebook–and completing any tasks listed–in your Facebook Ad Manager account should be your first step to preparing you and your business for the changes from iOS 14.5.

Beyond that, it’s still very early days and the full impact of iOS 14.5 on advertisers using Facebook’s ad platform will not be known until a bit more time has passed.

However, it should be understood that the way many have been accustomed to implementing Facebook pixels and using it for their social media marketing and advertising is drastically changing.

Where do we go from here?

Every situation is different, and the way your business should deal with these new changes will depend on things like available resources, your industry, and overall position within the market.

On a very broad level, however, we expect more consumer-facing businesses will look to diversify and allocate media spend into other channels, especially paid search (i.e. Google Ads) or SEM as part of their Japanese digital marketing strategy.

While this may be difficult for smaller businesses that are not as well equipped to manage digital marketing in Japan across multiple platforms or channels, it also poses issues for medium-sized and larger businesses as well, due to the changes in reporting and lack of previously available data.

Unfortunately, anyone who thought they had their advertising on lock with only social media will find the new digital landscape in Japan a lot more challenging to navigate in the coming months.

Are you looking to diversify your Japanese digital marketing and advertising as a result of iOS 14.5? If you would like to inquire about developing a multi-channel, paid media strategy for Japan, then contact us to schedule a discovery call to see how we can help. 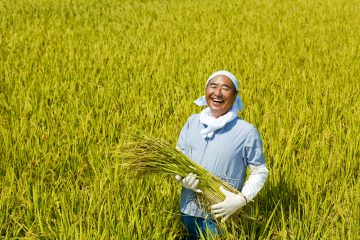 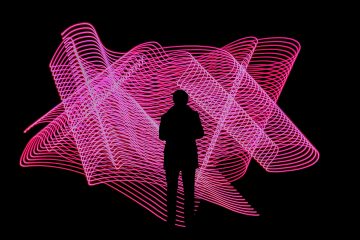 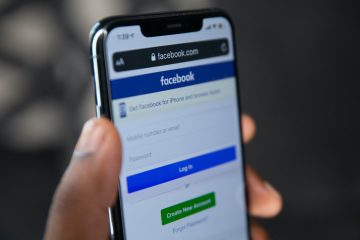