Chances are you have considered using Japanese influencers as part of your marketing strategy in Japan. As influencer marketing continues to grow in popularity around the world, more and more Japanese companies are also utilizing influencers in their digital marketing campaigns.

For non-Japanese companies, there are often a number of questions surrounding influencer marketing in Japan with the biggest one typically being: how to find Japanese influencers. However, before embarking on a Japanese influencer campaign there a number of things your organization should understand about influencer marketing in Japan to ensure that your campaigns will have the biggest impact and deliver the best results for your investment.

How Big is Influencer Marketing in Japan? 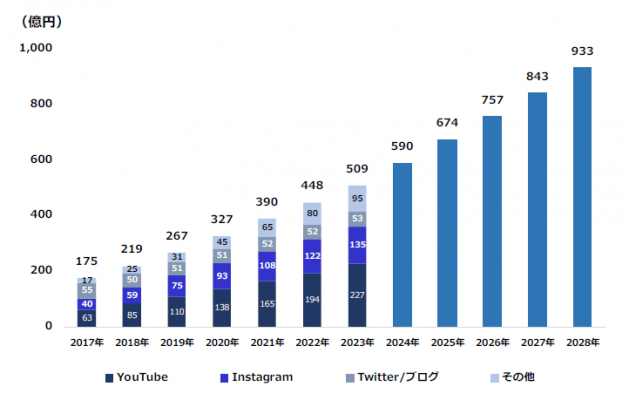 According to a study conducted by Japanese market research firm Digital InFact, the value of the influencer marketing industry in Japan in 2018 exceeded 200 million US dollars and is projected to more than double in size by 2023 to over 500 million US dollars. Continued growth is expected from both YouTube and Instagram, while various other SNS platforms—besides Twitter and blogging—seen in bluish gray, are also predicted to see increased spending.

One thing to note regarding the above graph is the ‘other’ category. These other SNS are comprised of newer apps and services like TikTok, which has become increasingly influential among younger Japanese. However, some SNS that are popular in western markets are noticeably absent from the Japanese market. The biggest one that comes to mind is Snapchat. As most foreign social media trends come to Japan later than in the West, Snapchat was doomed to irrelevancy in this market when Instagram released its stories feature BEFORE Snapchat could ever really gain a foothold.

All else aside though, influencer marketing in Japan is a growing market and might be right for your product or brand given the right circumstances.

What Are the Most Popular Platforms for Japanese Influencers

The two most popular platforms for influencers are YouTube and Instagram. Depending on how people define a “user,” YouTube can arguably be called the biggest SNS in Japan, as Japanese of nearly all ages have used the service. Meanwhile, Instagram has seen a tremendous growth in new users—especially women—over the past few years in this market. If you are considering a Japanese influencer marketing campaign, then these are the two platforms you will most likely want to focus your efforts on.

YouTube is great for in-depth product reviews and reaching prospective customers further down the funnel. But it can also be used for building general brand awareness through sponsored video collaborations with influencers. Influencers on YouTube (aka YouTubers) are almost always non-celebrities, as opposed to Instagram. As each YouTuber tends to have their own style and persona, their followings also vary wildly. 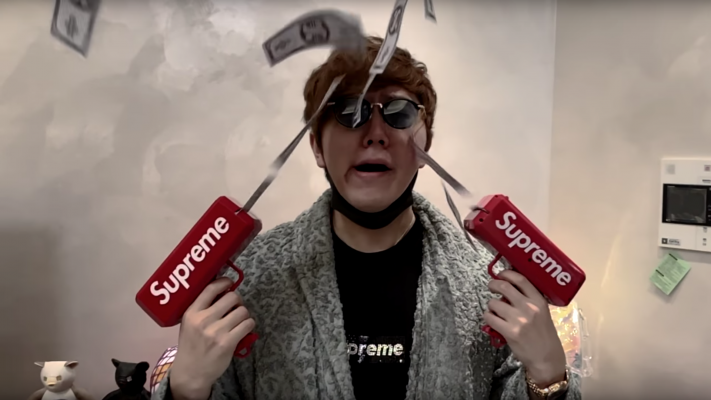 While the same logic also applies to Instagram, proper selection of the right influencer for your brand is of utmost importance. It is important to keep in mind that high followings and even high view counts from collaborations with the biggest influencers, do not necessarily translate into results for most brands.

Instagram is without a doubt the king when it comes to influencer marketing. As the platform lends itself so incredibly well to showcasing products in a number of categories, from fashion and lifestyle to food and drink, there are lots of possibilities for collaborations with Japanese influencers when it comes to sponsored posts. Much like the West, influencers come in various types. Besides non-celebrities who have become “instafamous” and amassed a huge following, there are also celebrity influencers comprised of the usual suspects: actors, singers, models, etc.

The thing that might come as the biggest surprise to non-Japanese is that in Japan the number one influencer on Instagram is entertainer, Naomi Watanabe. Her popularity on Instagram can be attributed to her colorful personality and underlying message of body positivity.

She can also be seen in a number of Japanese marketing campaigns and commercials. One of her most recent marketing campaigns—that was also posted to her official Instagram account—saw Watanabe partner with Japanese cosmetics brand, Shu Uemura, for a new line of cosmetics. 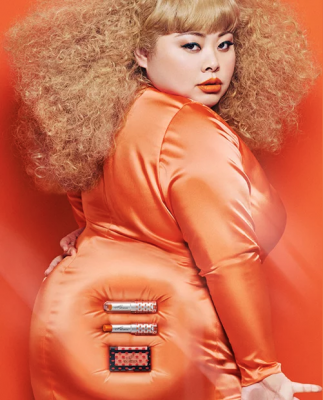 Things to Keep in Mind Regarding Japanese Influencers

The most popular influencers can command very high fees, but companies are willing to pay for the potential to reach their large audiences. Influencers hold the most sway over the coveted teen and 20’s demographic and with around 80% of Japanese with a favorite influencer answering that they have considered a product or brand based on a post because of an influencer, influencer marketing looks likely to continue on strong for the foreseeable future in Japan.

Influencers with even a modest following nearing 100,000 or so users (so-called ‘micro-influencers’) typically belong to influencer agencies. The reasoning behind this trend can likely be attributed to various characteristics of Japanese culture, but the main takeaway is that most Japanese influencers will prefer to let a management agency handle everything for them. Therefore, independent influencers are harder to find and working directly with Japanese influencers is considerably more difficult than in other markets.

Given the fact that most influencer marketing is done through influencer agencies, you will need to factor the additional fees these agencies charge for their services—which may include data and statistics about their influencers’ audience and past campaign results. In the majority of cases, it would be best to plan for influencer marketing in Japan to require a greater investment than you may be currently thinking, simply due to the nature of the Japanese market.

The last thing is the most obvious, but for those unfamiliar with both Japan and the Japanese market itself, it is often overlooked: Language IS and will continue to be a major hurdle for non-Japanese companies looking to enter the market. The fact is that you will have an extremely hard time finding the right influencers—including conducting your due diligence—for your campaign if you do not speak the language.

Consider that Japanese influencers are a representative subset of the Japanese population. If less than 1% of the population speaks English to the level where they are doing any sort of daily life activities, including web surfing, in this language then it follows that the same applies to Japanese influencers. In other words, more than 99% of the content on the Japanese internet is going to be exclusively in Japanese and if you don’t speak the language you are going to be at a tremendous disadvantage in finding, reaching out to, and communicating with both influencers and their respective agencies.

Furthermore, your brand’s messaging throughout the campaign, whether it be text on the images themselves or in the captions, will have to be delivered in flawless Japanese. Once again, you are speaking to an audience who are not reachable in any other language and are very sensitive to text that sounds unnatural.

A final warning is that while you may be tempted to use non-Japanese YouTubers or Instagram influencers living in Japan because of the convenience, we would not recommend this approach. Using foreign influencers based in Japan, to appeal to a Japanese audience will not deliver the results you desire, because these individuals’ audiences are completely different with essentially zero overlap to the market you are most likely trying to target (i.e. Japanese people). You need to go native to succeed in Japan and that is the reality of doing business in this market.

More and more Japanese brands have voiced their intentions to utilize influencer marketing moving forward, and the growing amount of money spent on influencers in Japan backs this trend. For non-Japanese companies looking to further penetrate the Japanese market Japanese influencers can provide additional reach and help build brand awareness. However, it is important to consider influencer marketing as only one component of your digital marketing strategy, which should also include a Japanese language website and digital advertising for best results. In order to reach out to and work with Japanese influencers, communication abilities in Japanese are essential, as is an understanding of the way relationships with influencers are handled here in Japan.

Ready to talk about an influencer marketing campaign in Japan? Contact us to find out how we can assist you in finding the right Japanese influencers for your brand. 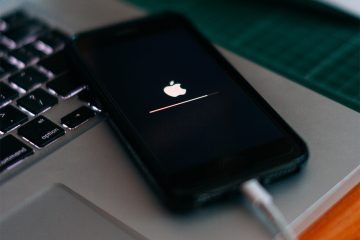 The most recent update to Apple’s mobile operating system, iOS 14, will have a significant impact on advertiser’s social media marketing in Japan. In this article we discuss the biggest changes brought about by iOS 14 Read more… 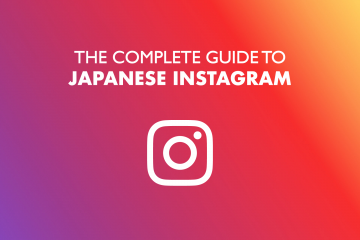 Instagram is one of the best ways to market your brand in Japan. In our Complete Guide to Japanese Instagram, we cover everything that you need to know in order to get started. Instagram’s Popularity Read more… 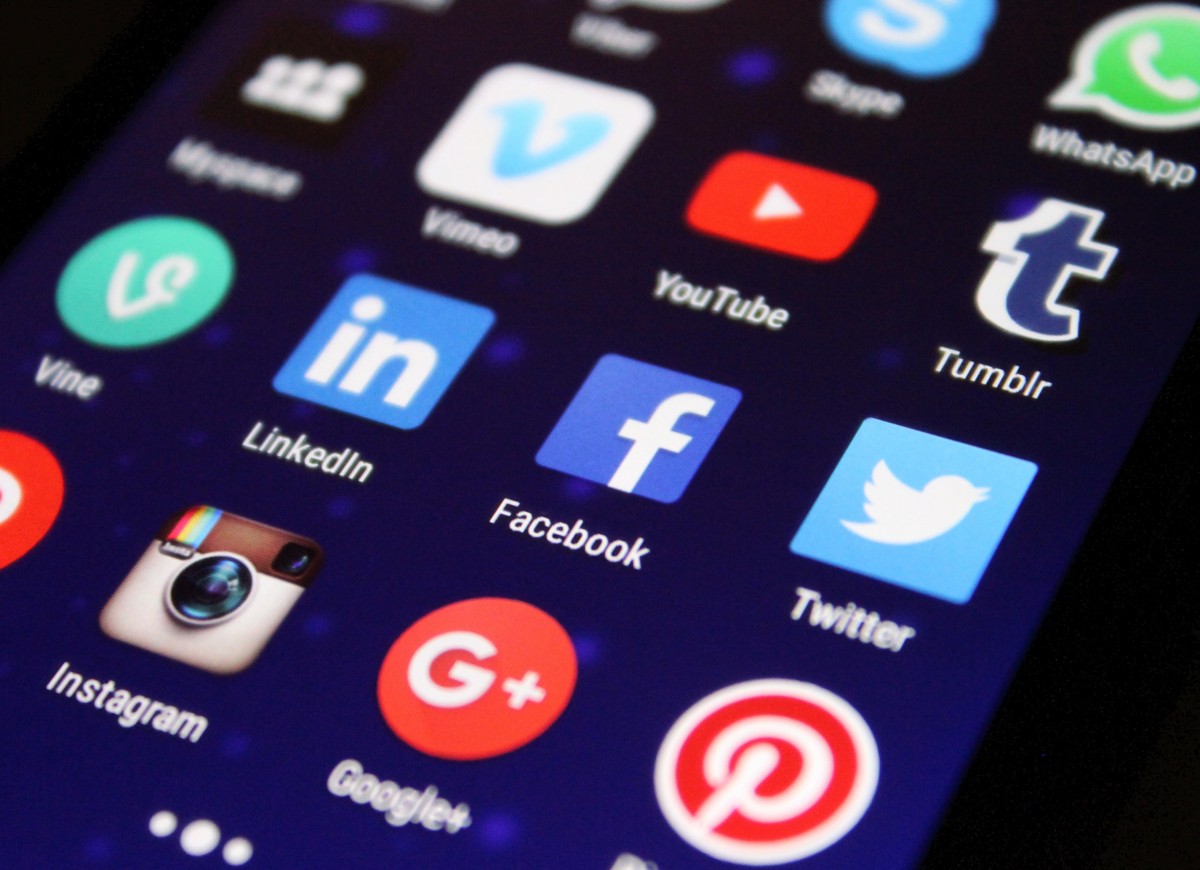 Social Media in Japan 2020 Social media has become a major part of digital marketing in Japan and should definitely be included within your brand’s overall marketing strategy for the country. In this updated guide Read more…